Understanding rockets: What is LVOS?

It is known as LVOS, a day that is celebrated in the life of every rocket destined to launch into space. 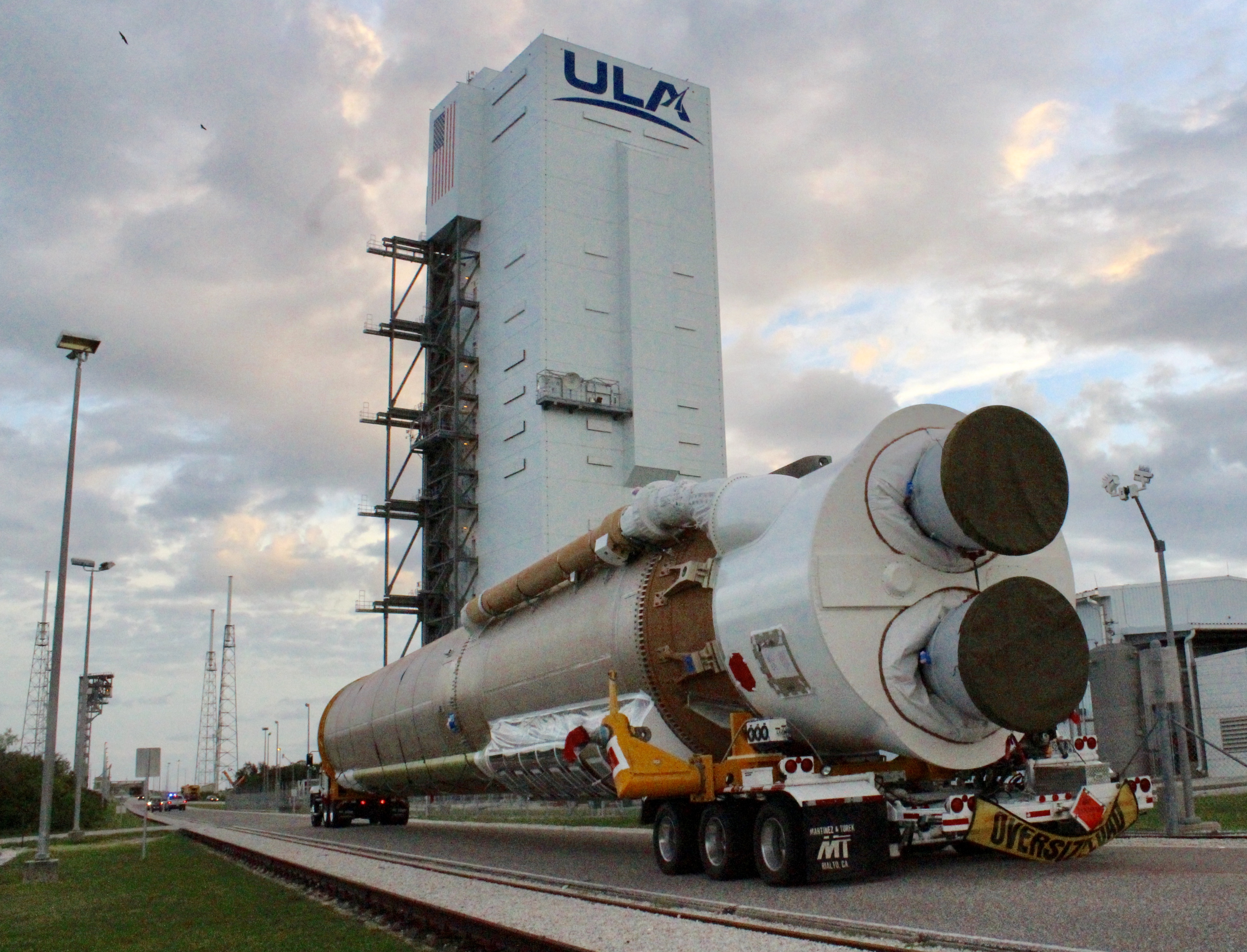 Rocket engineers are fond of speaking in acronyms, but common folks can appreciate this event as the Launch Vehicle on Stand (LVOS) day, a milestone that officially begins the launch campaign and signals another mission is right around the corner.

The name is a blend of phrases from our heritage combined at United Launch Alliance. The Atlas program called this event Booster on Stand (BOS) while the Delta program used Vehicle on Stand (VOS). Now it is simply LVOS.

To accomplish LVOS for the Atlas V today, the common core booster first stage was moved from the holding bay at the Atlas Spaceflight Operation Center (ASOC) and hauled horizontally by semi-truck nearly four miles to the Vertical Integration Facility (VIF).

The stage will feed 25,000 gallons of RP-1 kerosene fuel and 49,000 gallons of liquid oxygen to the RD-180 main engine during the initial four-and-a-half minutes of the rocket's ascent into space.

By sunrise this morning, the rocket was parked at the doorway to the VIF, which serves as our 30-story-tall vertical assembly building for the Atlas V at Cape Canaveral. Crews then went to work setting up ground handling equipment.

Two cranes grappled both ends of the 107-foot-long stage so that it could be lifted free from its carrier. Next, the aft portion was secured in a special dolly that rides rail tracks, allowing the rocket to be rotated from horizontal to upright by the overhead crane while also the rear inched closer to the VIF.

Once vertical, the aft structure was disengaged and the crane holding the forward end of the rocket slowly and carefully hoisted the stage into the VIF and positioned it aboard the Mobile Launch Platform (MLP).

All the while, Air Force meteorologists from the 45th Weather Squadron monitored radar screens and anemometers to ensure no adverse storms were percolating that could cause a lightning warning and that winds were not too strong to interfere with the delicate work.

The weather never was a factor, and the stage was anchored to the three supports, called launch heads, protruding from the MLP's flame duct. Explosive bolts will be installed, which fire at liftoff to release the Atlas V to fly away from the pad.

Now that LVOS has been achieved, activities coming up will see the two solid rocket boosters brought to the VIF one-by-one and attached to the sides of the first stage, the Centaur upper stage will be hoisted atop the rocket and then the Starliner spacecraft will be mounted on the Atlas V.

The fully-assembled, 172-foot-tall rocket will be transferred aboard the MLP the one-third-of-a-mile from the VIF to the Space Launch Complex-41 pad in a few weeks for the Integrated Day-of-Launch Test (IDOLT), also known as a Wet Dress Rehearsal (WDR). The rocket will be returned to the VIF briefly after the countdown test to undergo final preps.

Launch of the Orbital Flight Test is targeted for no earlier than Dec. 17.