The Atlas V rocket has been stacked to launch Solar Orbiter, an international spacecraft bound for the inner solar system to gain unprecedented insights into the lifestyle of the sun. 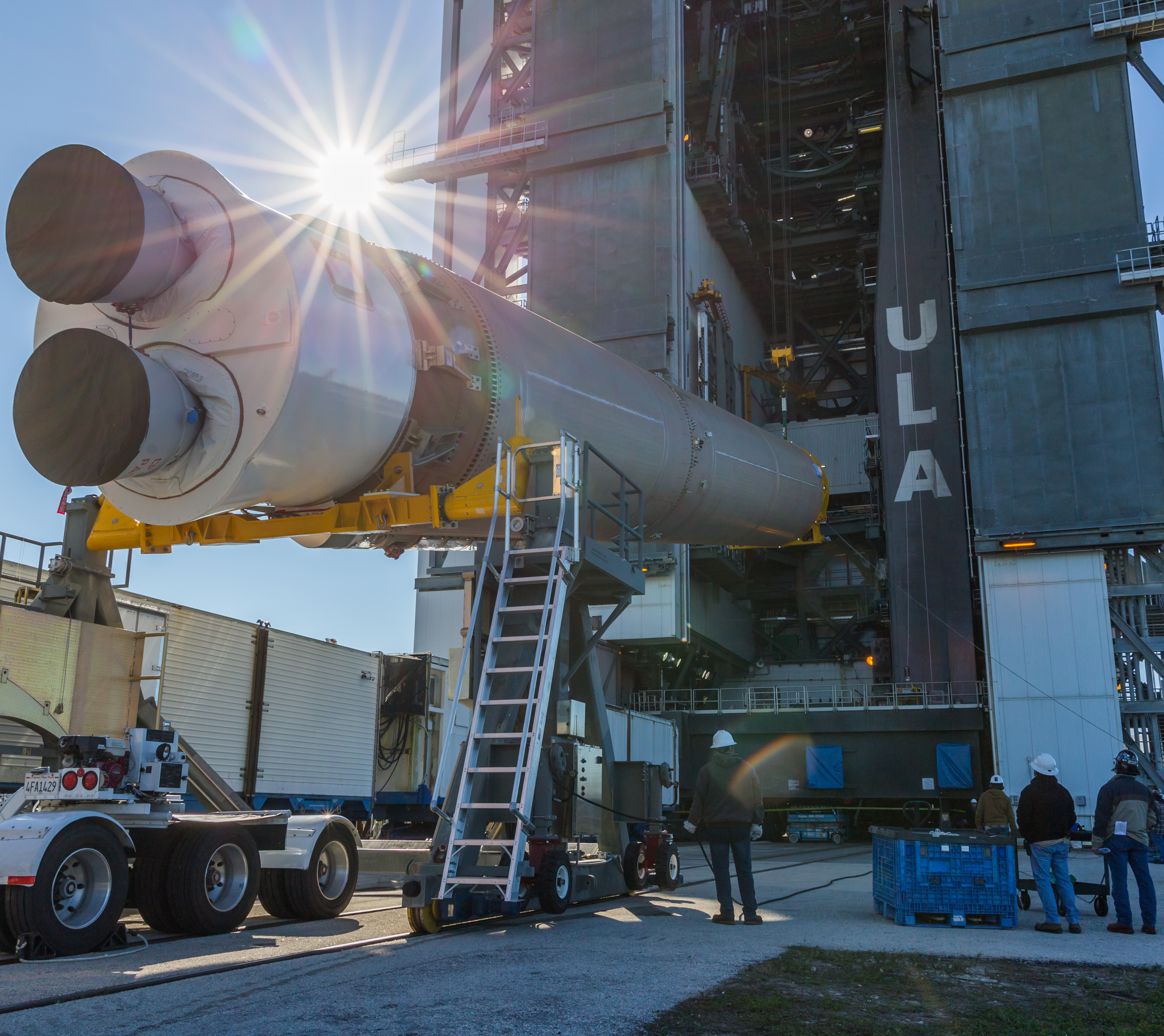 Engineers gave approval for the pre-launch milestone known as LVOS, or Launch Vehicle on Stand, during a readiness review on Friday, Jan. 3.That authorized the first stage to be hauled from the Atlas Spaceflight Operations Center (ASOC) to the VIF on Monday morning, Jan. 6. Cranes lifted the 107-foot-long stage from its ground transportation equipment and rotated it vertically for maneuvering through the VIF doorway and alignment on the MLP.

The next day, Jan. 7, the 100,000-pound strap-on solid rocket booster was brought to the VIF, pulled from its erector device and secured to the north-facing side Atlas V first stage.

The basic build up of the rocket was completed today, Jan. 8 as the pre-integrated assembly known as OVI, or Off-site Vertical Integration, arrived at the VIF for hoisting atop the first stage. The OVI is comprised for the interstage, Centaur upper stage and base of the payload fairing.

In the coming days, the launch vehicle will be powered up, its flight controls tested and engine nozzles gimbaled, and a simulated launch sequence conducted before the MLP transports the rocket to the pad for a Wet Dress Rehearsal (WDR).

That WDR is being conducted to mitigate any issues before the interplanetary launch window opens. Atlas V has a three-week period to launch Solar Orbiter while Earth and Venus are properly aligned to carry out the mission plan.

Once the WDR is accomplished and the rocket is returned to the VIF from the pad, crews will mount Solar Orbiter atop the rocket. The spacecraft is undergoing final preparations at the Astrotech payload processing facility in Titusville, which is where the satellite will be fueled and then encapsulated in the rocket's four-meter-diameter payload fairing.

Launch of Solar Orbiter is scheduled for Feb. 5. 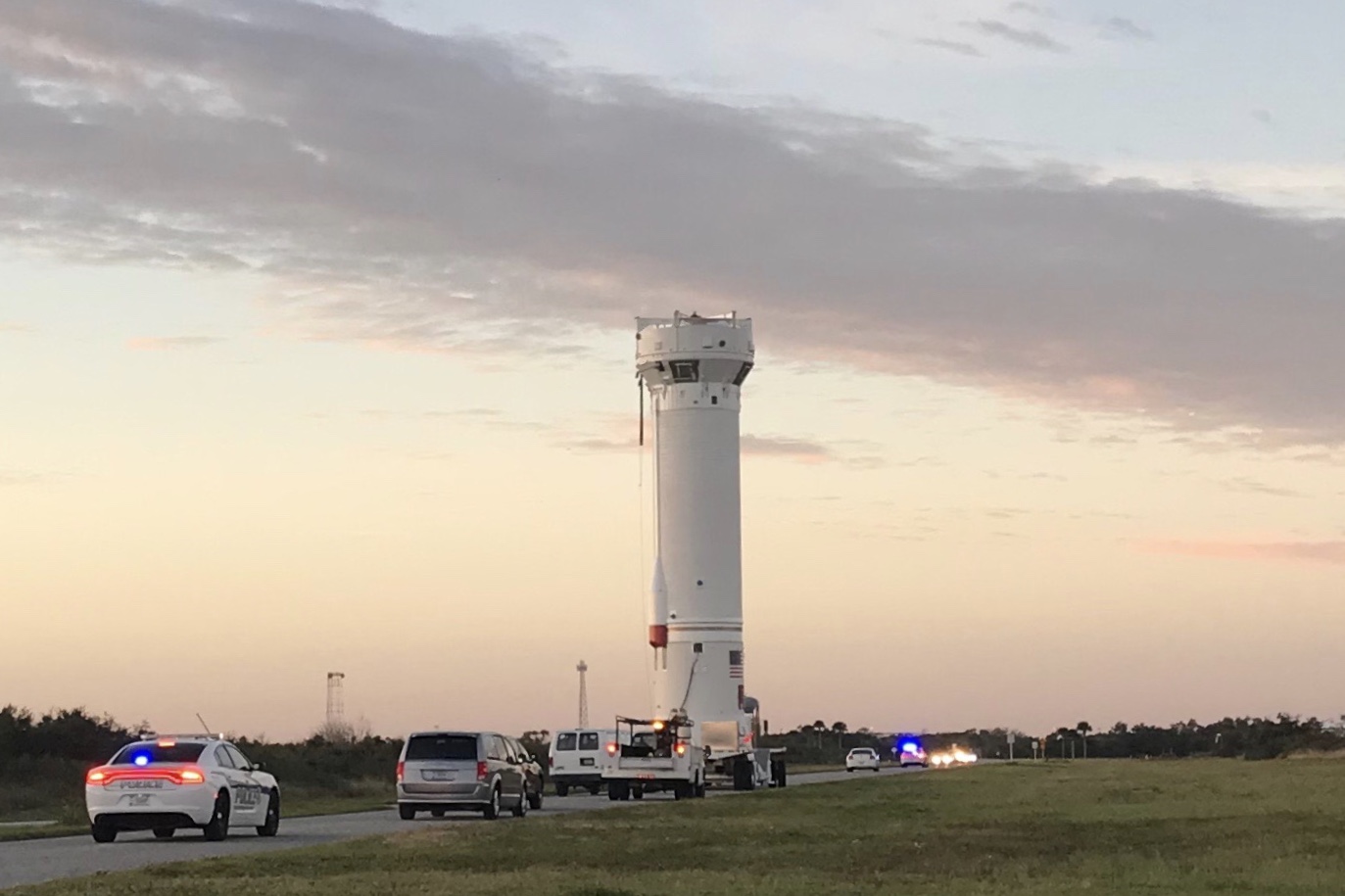 The spacecraft's a highly elliptical orbit will periodically swing by Venus and Earth to receive gravity-assists in order to refine the orbit around the sun and change the viewing angle to see the poles.

The first encounter with the sun occurs this June.

Scientists on the mission want to know how the heliosphere is generated and how it is accelerated, what is driving the solar wind -- the stream of electrically charged particles that the sun emits in all directions of space -- and what causes the sun to vary in intensity over the 11-yr solar cycle. Solar Orbiter will pass just 26 million miles from the sun.

Solar Orbiter is an international cooperative mission between European Space Agency (ESA) and NASA. ESA's Engineering & Test Center (ESTEC) in The Netherlands is managing the development effort, the spacecraft was developed by Airbus and the European Space Operations Center (ESOC) in Germany will operate Solar Orbiter after launch.

ULA is conducting the launch under contract to NASA's Launch Services Program.