She is a mom of two young children, an engineer with a master's degree and the designer of the trajectory that Atlas V will take to launch Solar Orbiter towards its destiny with the sun. 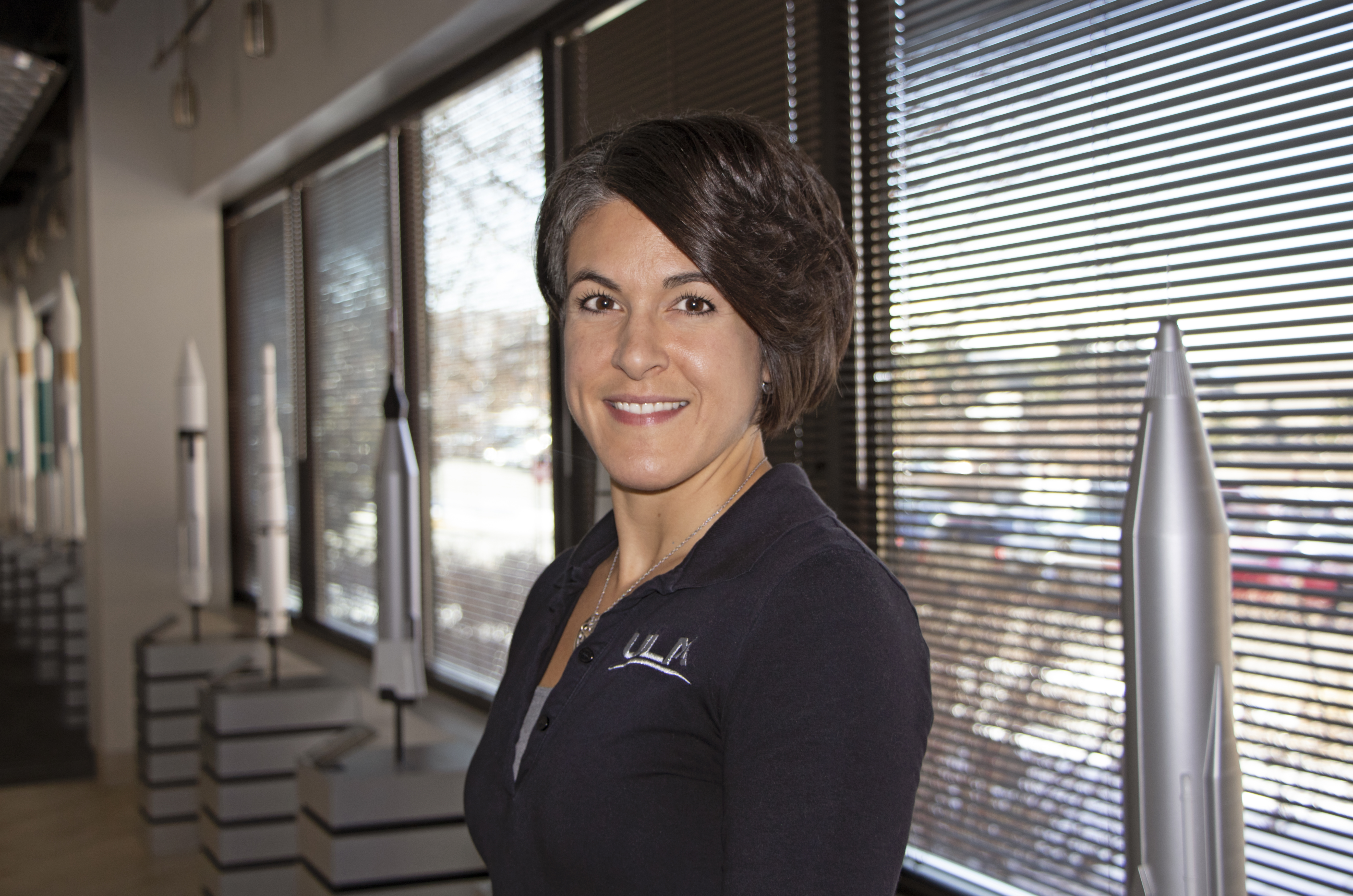 Meet Lisa Turner, a senior engineer on the flight design team at United Launch Alliance who crafts the trajectories for Atlas and Delta rocket launches from both Cape Canaveral, Florida and Vandenberg Air Force Base, California.

Her work has successfully launched critical communications, navigation and weather satellites for U.S. national security missions. Now, Atlas V is days away from following an Earth departure course that she plotted to send Solar Orbiter to the inner solar system.

"My very first mission was the ASTRA 1KR spacecraft in 2006, which was launched on the first Atlas V 411 configuration," Turner said. "Solar Orbiter has been incredibly fun and challenging, and I have learned a lot working on it."

In 2003, she accepted a job at Lockheed Martin's Waterton facility working in trajectory design for the Atlas program.

Solar Orbiter is Turner's eighth mission as the engineer responsible for leading the trajectory design, but it is her first NASA mission. The spacecraft will loop around the sun for the next decade using a comprehensive suite of instruments to study our star up-close and understand what triggers the solar wind, flares and storms. That space weather directly influences life on Earth by upsetting orbiting satellites, interfering with communications and disrupting navigation signals. The research mission is an international collaboration between the European Space Agency (ESA) and NASA.

"I relied mostly on my NASA counterpart for trajectory design coordination and had limited interactions with ESA due to export control regulations. The customers provided ULA with the orbit targets that allow for the Venus and Earth flybys and ULA generated the trajectory data," Turner explained.

"The Solar Orbiter mission design was somewhat straightforward in terms of the number of Centaur burns that would be required, as well as the approximate coast duration for the upper stage. However, we did have to tailor the trajectory to meet various unique Solar Orbiter ground station coverage requirements and thermal constraints."

ULA will use its Atlas V 411 rocket, distinguished with a single solid rocket booster mounted to the first stage, to launch Solar Orbiter from Space Launch Complex-41 at Cape Canaveral. The first stage will burn for four minutes as it flies eastward across the Atlantic Ocean, followed by an 8-minute initial firing by the Centaur to reach a parking orbit around Earth. After a half-hour coast, the Centaur will fire again for about 7 minutes to achieve a speed of 27,000 mph, escaping the Earth to deploy Solar Orbiter on a highly elliptical hyperbolic orbit plunging to the inner solar system.

ULA typically begins assessing various mission design options about 24 months before a launch, although some customers request special studies be performed even earlier.

"ULA was working on studies for the Solar Orbiter mission as far back as 2010!" Turner said.

The design group uses an in-house program to create the trajectory. "First, we set up a simulation of the launch vehicle that optimizes its flight path to the required orbit, while simultaneously ensuring that all vehicle constraints -- such as timing/sequencing, thermal/heating, acceleration, staging -- are satisfied. Once the mission design is optimized with sufficient propellant reserves, we add in the flight software to generate a trajectory simulation. This trajectory data is used by all of the other analysis groups for their work," Turner said.

A trajectory design is mostly "locked in" several months prior to launch, Turner said, when the majority of the trajectory validation and software development is completed.

But the design group does get thrown a curve-ball every now and then. One of those times turned into a gratifying moment for Turner when she formed the trajectory for an Atlas V launch that was re-configured from a 531 rocket variant to a 551 to deliver the payload into a customized orbit that optimized the spacecraft's mission.

"It was my proudest accomplishment so far. We all worked together in a way I haven't experienced on any other mission, because we knew how important our work was to our customer."

The trajectory engineer's job is more than just designing the rocket's flight path, Turner points out.

"There is often a lot of coordination up front with the customer to make sure we understand their requirements and constraints, and that we have the ability to meet them in addition to those of the launch vehicle.  We, in flight design, work very closely with engineers in other analysis groups to design the mission that best meets the customer's needs.

"Injection state accuracy requirements are extremely tight, and we ensure that those are met in addition to providing a two-hour launch window with RAAN steering capability," Turner explained about the Solar Orbiter flight design.

Being aware of the calendar and staying on schedule is a big part of the job, too.

"The trajectory produced by my team serves as the input to all of the other ULA analysis groups, who must ensure the launch vehicle can safely deliver the payload as designed. So meeting deadlines is of the utmost importance."

Throughout her ULA career to date, Turner also has been heavily involved with day-of-launch analysis of upper level wind data from weather balloons to ensure it is safe for rockets to launch.

"Coordinating, developing and executing the day of launch steering design and trajectory analysis is my favorite role at ULA. I serve as the lead for this work in the flight design group," Turner said.

ULA rockets can be programmed minutes before launch with steering parameters to maneuver safely through high winds and shifting wind sheers at altitude.

"The steering through the wind is optimized to reduce aerodynamic loads and engine angle response. My job is to ensure that the steering is optimized correctly, and that the resulting trajectory -- with winds and updated steering -- is viable in terms of performance, ground trace, and other constraints," she said.

"I also provide this updated trajectory data to the Range so that they are aware of the impacts the wind will have on its path -- is it flying more to the left or right of nominal? Is it steeper?"

Outside of work, Turner's husband, two children, ages 7 and 11, as well as the family's four rescued cats keep her busy.

"I've always been passionate about animal rescue, and look forward to someday being able to devote more time to it. I also enjoy reading, hiking, fitness and traveling to the Caribbean."