The Atlas V rocket, ready to make its fifth launch to Mars for the scientific exploration and discovery at the red planet, is loaded with NASA's Perseverance rover and Ingenuity helicopter to begin the Mars 2020 mission. 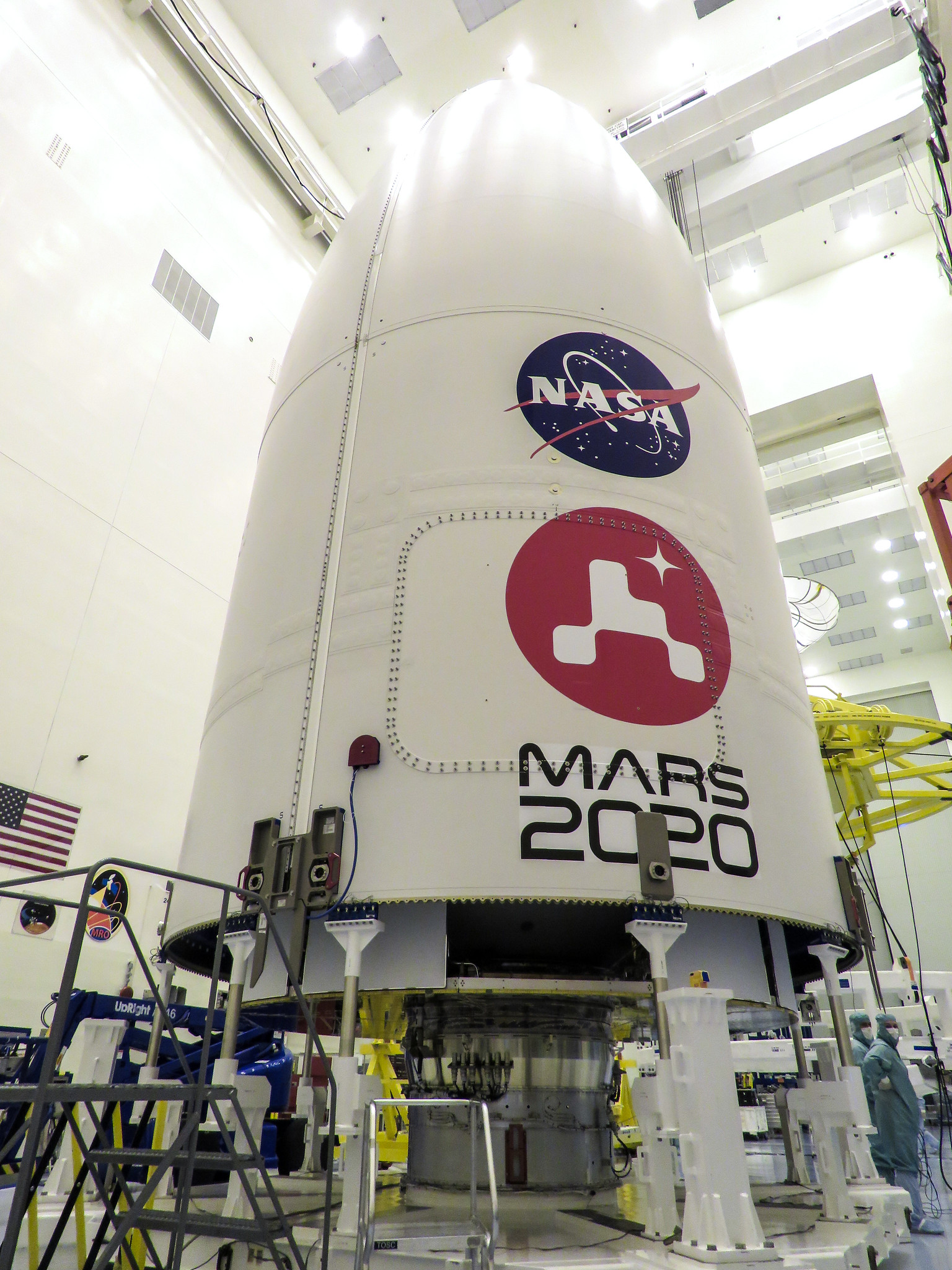 Scheduled for liftoff at the end of the month from Cape Canaveral, Florida, this Atlas V mission builds the long and distinguished history by ULA and our heritage rockets of launching every U.S. mission to Mars, from the early flybys and orbiters to landers and today's sophisticated rovers.

In preparation for the launch, the encapsulated payload was delivered to the Vertical Integration Facility (VIF) and hoisted atop the Atlas V yesterday, July 7. The ULA crane operator performed the delicate work and placed the spacecraft on the rocket with a soft touch to begin combined operations with the launch vehicle.

The spacecraft was assembled and then enclosed within the payload fairing at NASA's Payload Hazardous Servicing Facility at the Kennedy Space Center. ULA's KAMAG payload transporter hauled Mars 2020 to the VIF overnight.

An integrated electrical test with both the rocket and the payload will be performed to verify all systems are functioning correctly. Then, two weeks of mission unique activities for the payload are scheduled.

The Mars 2020 mission with its Perseverance rover and Ingenuity helicopter is headed for the 28-mile (45-km) wide Jezero Crater on the western edge of a flat plain called Isidis Planitia, just north of the Martian equator.

The primary goal of the mission is determining whether life ever existed on Mars. Perseverance is the first rover mission designed to seek signs of past microbial life. Earlier rovers first focused on and confirmed that Mars once had habitable conditions.

This will mark United Launch Alliance's 140th flight overall and our 35th for NASA's Launch Services Program. Those missions have sent spacecraft to Mars, the moon, the Sun, a dwarf planet, an asteroid, a protoplanet, the radiation belts and numerous spacecraft to study the Earth.

The Atlas V rocket has been entrusted with four previous launches to Mars, including the Mars Reconnaissance Orbiter in 2005, the Mars Science Laboratory featuring the Curiosity rover in 2011, the MAVEN atmospheric research orbiter in 2013 and the InSight geophysical lander in 2018.