"I'm a lot like a dentist teaching brushing technique – doing my job well means helping our mission engineers to not even need me, but supporting them as they do," said Adwar. 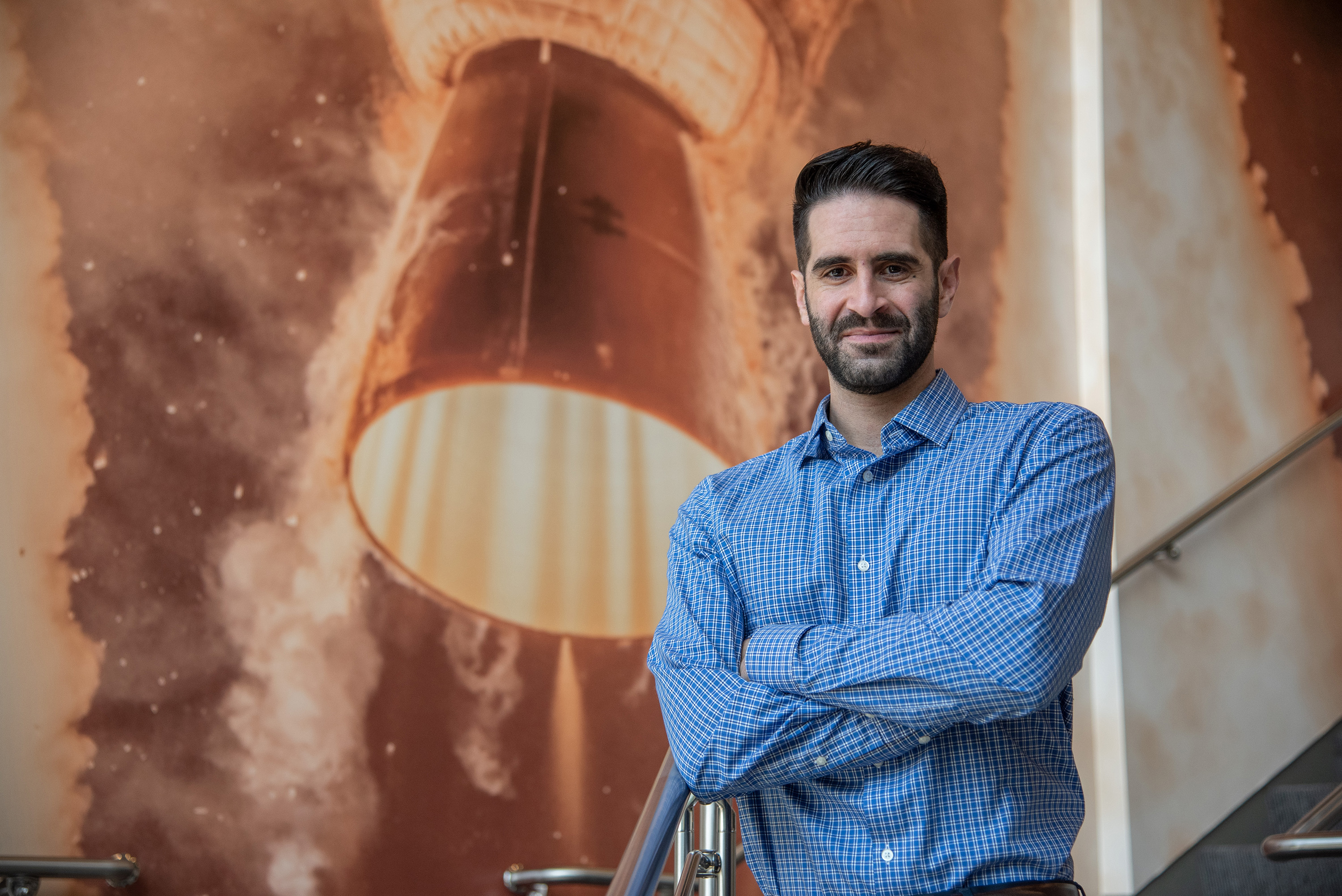 On a day-to-day basis, that means Adwar ensures quality standards are maintained and processes are followed, peer reviews work, helps to dissolve technical or process barriers to a mission's next milestone, facilitates communication between owners and customers and chairs boards to approve products.

"The primary responsibilities of my role are to spur critical thinking in those around me, ensure my group maintains a mission success focus, and to provide whatever technical oversight and support I can to help our mission engineers stay successful."

When the team begins developing the software for any launch, they review the mission requirements, plan the work and receive the input of mission parameters from other groups' analyses that establish aspects of the launch such as the flight sequence, trajectory and capabilities.

"The next step is to perform Formal Qualification Testing (FQT) of the mission-specific product utilizing a test plan developed with consideration of sources such as mission requirements, notable or first-use capabilities, and general critical thinking," said Adwar.

FQT is performed on dedicated engineering test units and the flight computer itself. Additionally, tests are run in the Airborne Systems Integration Laboratory with a maximized amount of hardware-in-the-loop.

"When all tests have been run and reviewed, and all mission requirements have been verified, Flight Software's integration culminates with a Software Release Audit to comb through all of the preceding work performed prior to releasing the software for final launch site testing and flight itself," said Adwar.

Although every mission is unique in some way, designing the software to fly the Delta IV Heavy to launch the NROL-44 mission for the National Reconnaissance Office was "in a league of its own" due to the required capabilities.

"More often than not, our existing Flight Software capabilities already meet the mission needs, meaning we can achieve the mission requirements by adjustment of parameters alone. That wasn't the case with NROL-44," said Adwar.

For NROL-44, the ULA team handled the development of brand-new flight code to meet the extensive set of mission requirements, as well as the design and execution of a test plan that was greatly expanded to guarantee comprehensive examination to review that code.

"Any time we do something that hasn't been done before, we have to attack it from all angles and leave no stone unturned, and our team worked around-the-clock to ensure that here in the end, we have no doubts about our product," said Adwar.

Born and raised in New York, Adwar's father was an engineer and his mother a Biology and Earth Science teacher. "I had a pretty great science-y childhood. A lot of shooting off model rockets at the local park, making slime out of borax solutions, creating tornado chambers in the garage."

"My parents had both worked at General Dynamics in Fort Worth, and maybe that's where my inclination for the aerospace industry came from, but for a long while, I hadn't even been going down that path," said Adwar.

"It's funny to me that after spending so much time in school, my career isn’t exactly in any of those fields. In fact, my position at ULA probably more closely relates to a hobby I had picked up on the side during graduate school," said Adwar.

"I had an Android smartphone, and I'd noticed that often while driving through the Queens-Midtown tunnel into Manhattan and losing cell service, I wouldn't regain service on the other side of the tunnel, and I'd have to reboot my phone to get it back.

"It wasn't that big of a deal to me, but one day I ended up searching some online message boards and found that a lot of other people with Android phones had this same problem after driving through a dead zone. People who took tunnels or subways on their daily commute found it more annoying, and no one really knew how to fix it."

Adwar decided to attempt finding a solution, sending him into the source code where he developed a few fix options, packaged them as patches that others could flash onto their phones and found people on the message boards who split into groups to utilize the different potential fixes on their commutes over the next week.

By the end of the trials, a fix was confirmed.

"I didn't really expect what came next – the patch became pretty popular, and people started thanking me on the message boards with PayPal donations," said Adwar.

"As a graduate student accruing loan debt, that kind of lit a fire under me, and from there I took it further, developing custom Android ROMs/operating systems after classes, maintaining them for different Android phones that had specific hardware/firmware, and I continued fixing different bugs that people would post on the message boards. The donations were nice, but the part I really liked was solving the puzzles posed by the different bugs."

>These days, Adwar's hobbies are more typical, like competing in 5k or 10k races and fundraisers, practicing yoga and climbing in the Colorado mountains, and he recently purchased a house that was built in the 1890s.