ULA launch team members conducted a simulated countdown Dec. 1 to test their work in crafting the procedures and timelines that will be used next year to launch the first Vulcan Centaur rocket. 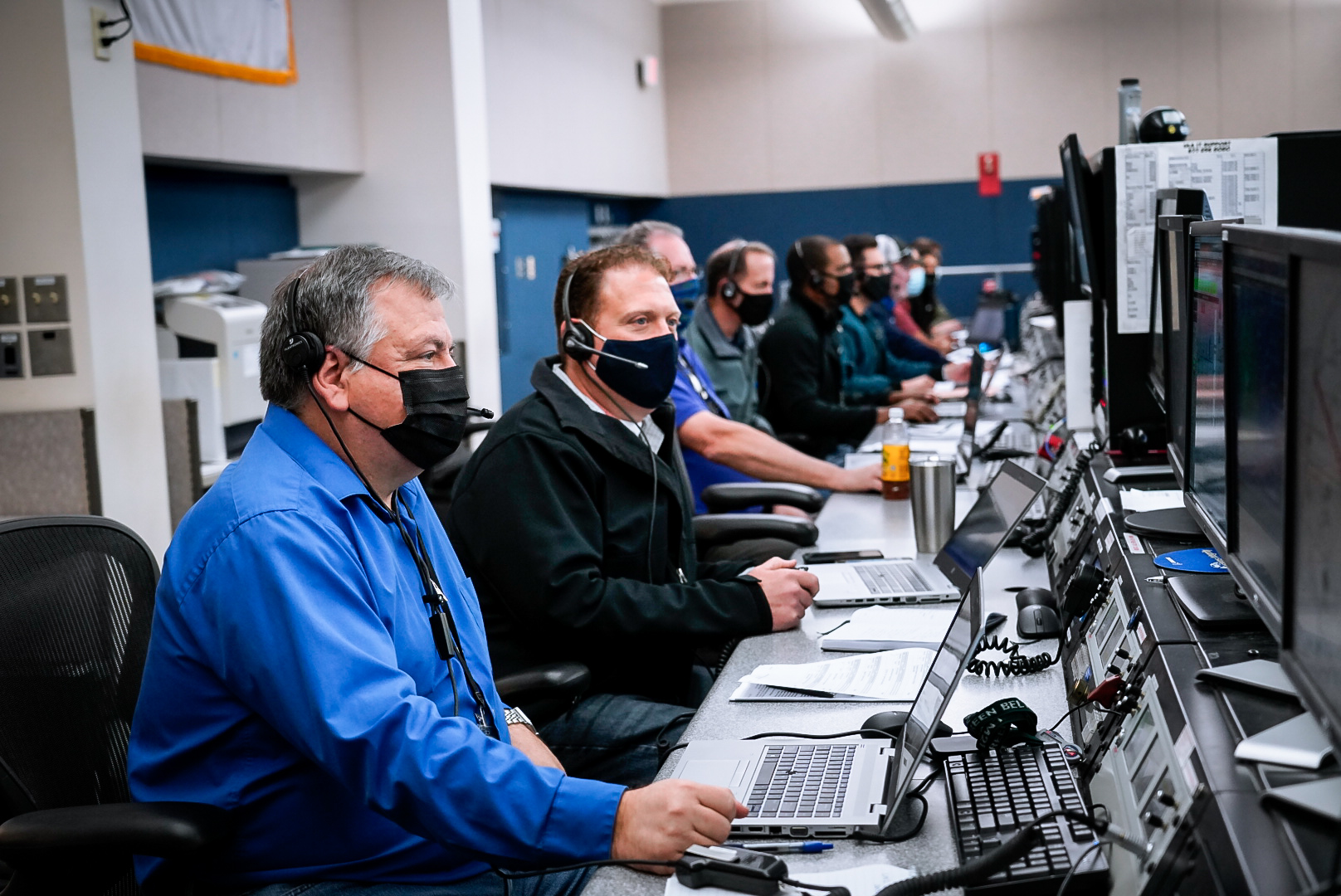 The event also provided training for the control room operators staffing the liquid oxygen, pneumatics and propulsion consoles. A half-dozen engineers participated in the test from those stations.

The rehearsal enabled the team to evaluate the ongoing development of plans and procedures for the portion of the countdown when liquid oxygen is loaded into the Vulcan Centaur rocket's first stage. The demonstration offered a realistic practice session to check time requirements and the cadence of activities.

The successful simulation is just one step in shaping the countdown formula needed to ready a Vulcan Centaur rocket for launch.

The test began from the T-minus 3 hour point in the countdown with a "go" from the launch conductor to the first stage liquid oxygen console operator, known as LOX1, to initiate a simulated chilldown. That is the precursor step to thermally condition the transfer line from pad's giant liquid oxygen storage sphere to the rocket.

Once chilldown parameters were achieved, the launch team activated and oversaw the automated computer files that control filling the rocket's main stage with oxidizer.

The team mimicked achieving a full tank, then set off to perform standard countdown steps including valve cycling tests and charging the POGO system that dampens oscillations in liquid-fueled rockets.

After the simulation participants voiced their satisfaction that the countdown objectives had been met, the rehearsal then switched to its next phase to demonstrate the plans for draining the liquid oxygen out of the rocket.

Detanking and safing procedures also went smoothly in the test, giving the ULA Launch Operations team a success in its preparations for the inaugural Vulcan Centaur mission.

Future simulations will evaluate other elements of the launch countdown development, leading to a real-life fueling test and a Flight Readiness Firing using a pathfinder Vulcan Centaur rocket on the pad.