The Blue Team will prep Starliner crew cabin for flight

Eight specialists from United Launch Alliance and The Boeing Co., known as the Blue Team, will rehearse their job of loading astronauts into Starliner spacecraft during the Atlas V rocket's countdown to the Orbital Flight Test launch. 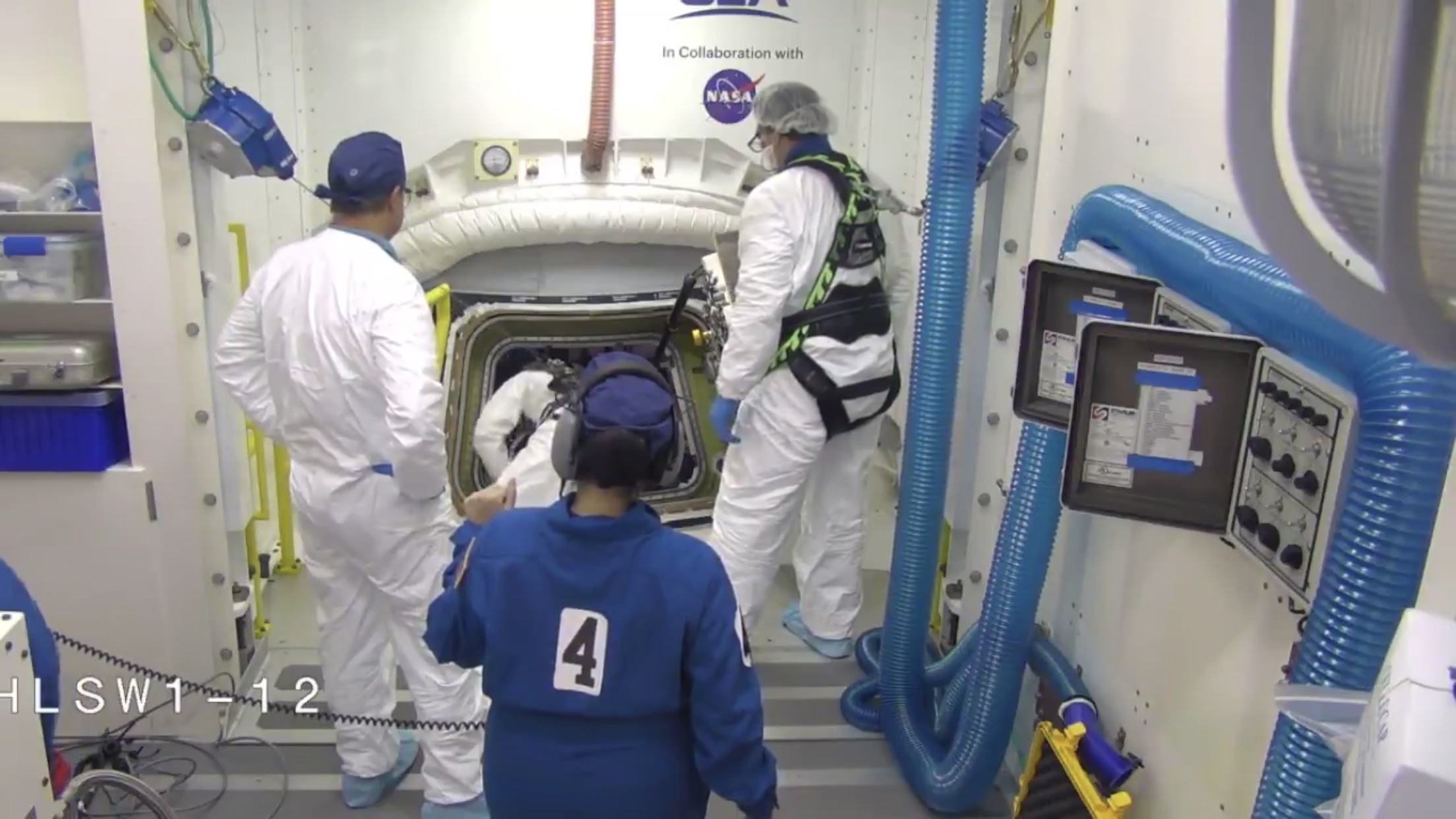 The Blue Team has the unique responsibility of preparing the crew module, assisting the astronauts into their seats and then closing the hatch for flight.

They will be the last people that the astronauts see until arriving at the International Space Station -- the destination for Boeing's CST-100 Starliner spacecraft in NASA's Commercial Crew Program.

But the uncrewed Orbital Flight Test offers the Blue Team a "real world" dress rehearsal of their launch day tasks at the Space Launch Complex-41 pad ahead of upcoming crewed missions.

"We want to fully simulate the operations needed to prepare the spacecraft for crew. This is an Orbital Flight Test in every sense of the words, so this is our best opportunity to refine our operations and ensure everything works as planned and on the timeline needed to ensure we get everything ready for launch," said Dane Drefke, ULA's mechanical operations lead engineer who serves as the Blue Team Leader (BTL).

Drefke is in charge of the Blue Team's activities and has an obligation to ensure everyone's safety.

About six hours before liftoff, cryogenic liquid oxygen and liquid hydrogen will begin flowing into the Atlas V rocket's stages for launch. It is a hazardous operation and the area surrounding the pad will be cleared of all personnel.

Once fueling is completed and the rocket placed into a quiescent state, the Blue Team will drive up to the pad gates in two vehicles. Drefke leads them into the complex and parks at the base of the Crew Access Tower (CAT), the 200-foot-tall gantry built to support Atlas V launches of Starliner.

The team takes the elevator up to Level 12, the deck leading to the Starliner hatchway. It's now time for the Blue Team to go to work.

ULA's three representatives on the Blue Team begin activities by walking across the 48-foot-long retractable catwalk extending from the CAT to the White Room. Their duties include verifying the White Room is safe for personnel to enter, establishing access to the capsule, deploying the environmental seal between the pad and spacecraft and setting up access platforms.

The ULA members then switch places with five Boeing technicians waiting in the wings on the CAT, led by Boeing’s Pad Team Leader Melanie Weber.

“Even though we’re from two different companies, we really are one team,” Weber said.  “We have to be totally in sync and have each others’ backs to make sure we’re successful on launch day.”

"The Boeing team will open the capsule hatch and prepare the spacecraft for the crew to arrive. There's a myriad of checks and power up operations they do. The prepare each seat for the arrival of the crew members," said Drefke.

"The Blue Team Leader will direct all operations from outside the White Room on Level 12. The BTL has to ensure we don't exceed the personnel limits in the White Room, and that the crew members are ready to enter." 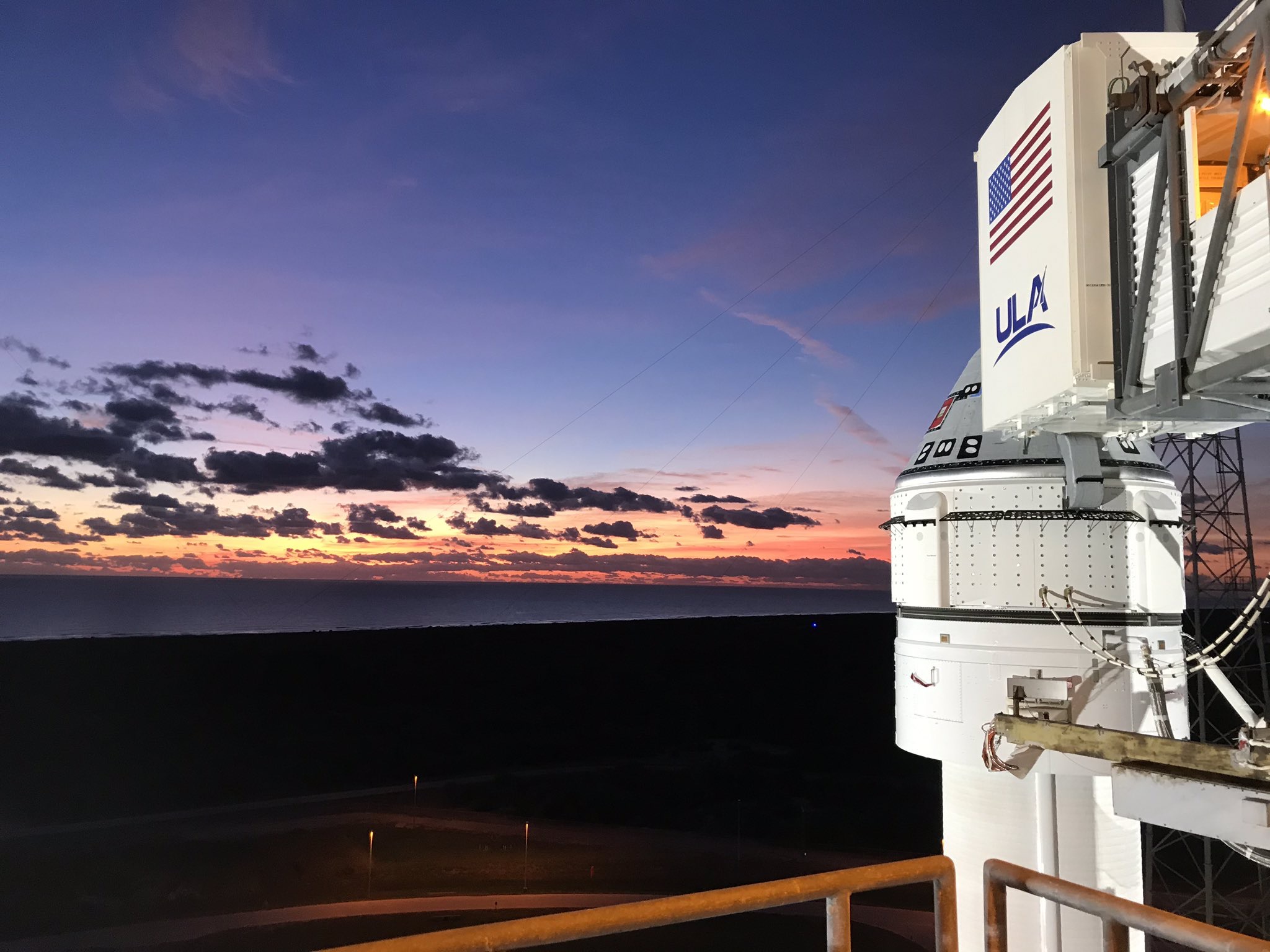 Once operations are completed -- for future missions, that means the crew and cargo have been loaded in the vehicle -- the Boeing technicians close the hatch and clear the White Room. The ULA members then configure the White Room for launch by retracting access platforms and deflating the environmental seal around the capsule to prepare the swing arm for rotation to the launch position.

"We then perform one last check of the tower and then clear the pad for launch," said Drefke.

The team departs the pad at Launch-minus 35 minutes.

The access arm will be hydraulically swung away from the spacecraft 10 minutes before launch. The process will take about two minutes to reach the stowed position against the CAT.

If the need arises, the arm can be redeployed in less than 15 seconds by dropping counterweights.

The Blue Team will be stationed to the north of the pad at liftoff.

"We stand by there in the event we need to return to the pad quickly to attend to the crew," said Drefke.

Unlike the space shuttle days that included astronauts on the Orbiter Closeout Crew to assist with flight crew ingress activities, the Blue Team will remain at 8 members in its current composition.

"Because returning to the pad in inherently dangerous with a fueled vehicle, we limit the number of people exposed to that hazard to the absolute minimum required. The NASA personnel from the crew office will fully train all of the Blue Team members in what is required to assist the crew, and we will perform those duties," Drefke explained.

Because safety is paramount, SLC-41 has an Emergency Escape System available for the Blue Team and astronuts to evacuate the launch pad using zip lines to rapidly travel 1,300 feet away from the tower to awaiting armored vehicles.