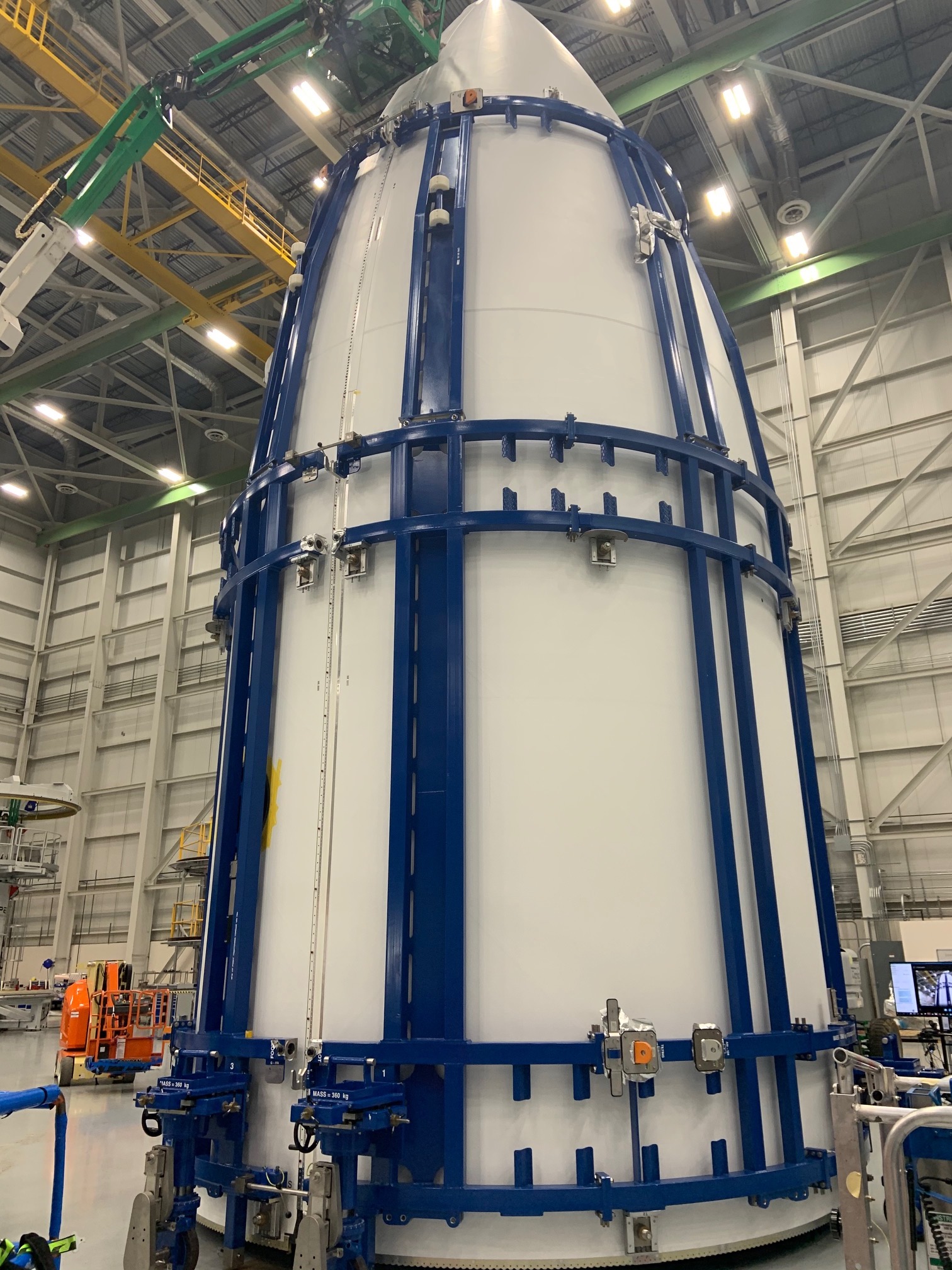 The Out-of-Autoclave (OoA) fairing is manufactured more efficiently at a lower cost. Photo by RUAG Space

In another example of driving down cost while delivering the launch services our customers expect, ULA is transitioning to a new kind of payload fairing that is more affordable and easier to build. ULA technicians took delivery of the first one recently at Cape Canaveral, Florida.

The Out-of-Autoclave (OoA) fairings will be used on upcoming Atlas V launches to accumulate flight experience before use on Vulcan Centaur, reducing risk for our next-generation rocket. In fact, a significant portion of systems will have flown on Atlas and Delta rockets before its inaugural launch next year.

The first OoA fairing was transported to the launch site by the RocketShip vessel from the RUAG Space USA manufacturing in Decatur, Alabama. It was offloaded from the ship at the Cape Canaveral wharf to begin pre-launch preparations.

RUAG Space formed a strategic partnership with ULA and established production capabilities inside our Decatur plant to make fairings and other composite structures in the U.S. The OoA fairing recently delivered is American-made by RUAG Space USA.

The Out-of-Autoclave manufacturing method is an alternative process to cure carbon fiber composites using only an oven. It avoids a high-pressure autoclave that is expensive and restricts the size of pieces that can fit inside.

The OoA oven allows the payload fairings to be produced in two halves instead of 18 or more smaller sections from the in-autoclave process. That means less opportunities for defects, fewer fasteners and doublers to hold the pieces together and a quicker manufacturing time. 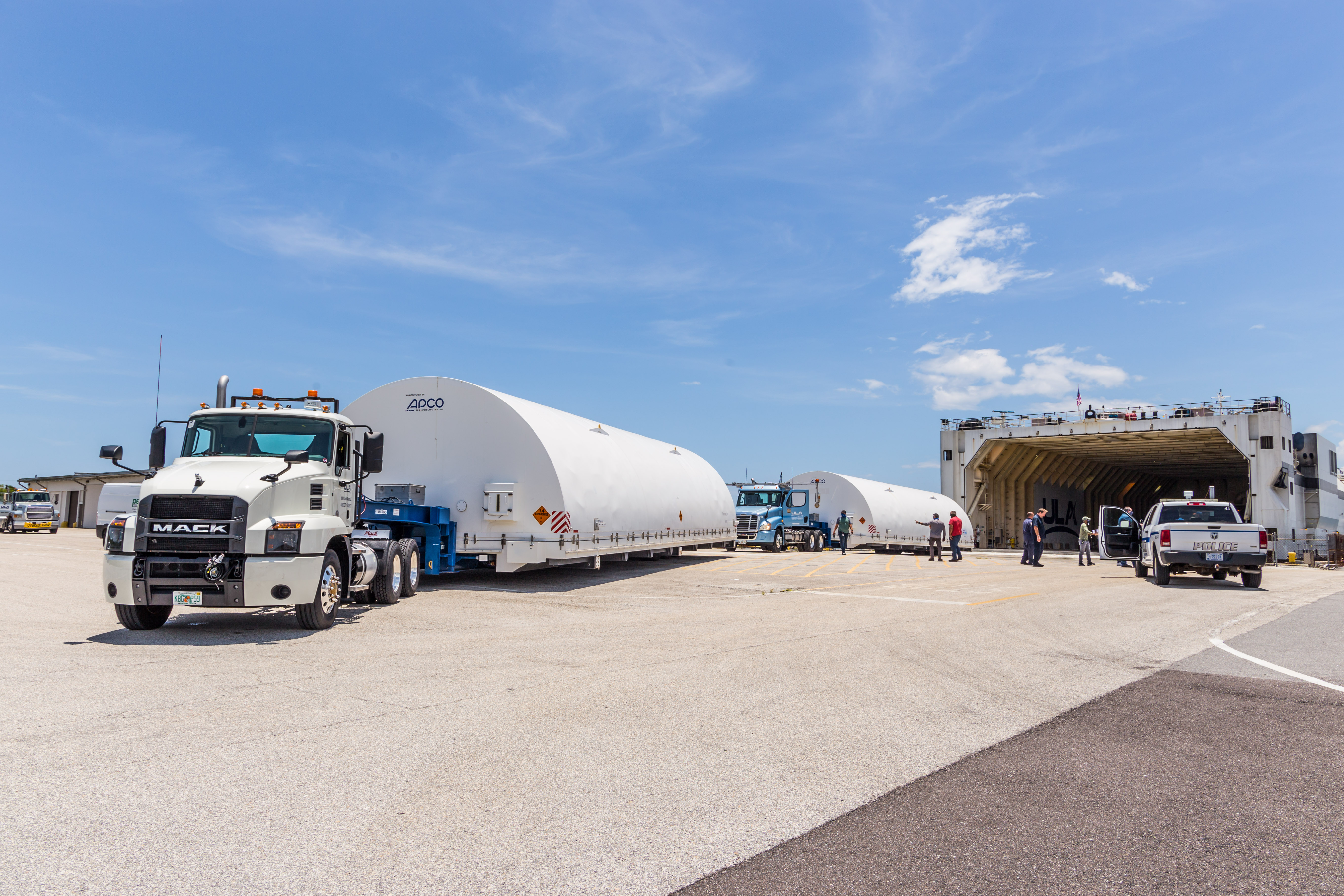 "All that simplification leads to lower costs, higher reliability and less weight, which is an important point in the launch industry," said Robbie Harris, program office manager at RUAG Space USA.

The OoA 5.4-meter fairings for Atlas will continue to be made in different lengths for encapsulating the satellites during ascent through the atmosphere and retain the heritage design that features lower sections, called the base module, that surround the Centaur to share the loads from heavy payloads.

For Vulcan Centaur, however, the fairing will attach to the top of Centaur V and not enclose the upper stage. That will make the production even simpler and more affordable.

"The Vulcan Centaur fairing is a further evolution of the payload fairing design. It will be the same in terms of the Out-of-Autoclave material technology, but RUAG Space and ULA have worked together to eliminate some of the manufacturing steps that need to be taken after the cure," Harris explained.