ULA launches payloads to space aboard its Atlas V and Delta IV rockets, ranging from weather, telecommunications and national security satellites that protect and improve life on Earth to deep space and interplanetary exploration missions that further our knowledge of the universe.

Rockets, also called launch vehicles, play an important role in our lives. Rockets deliver satellites to space where they can begin to do their important work. Without rockets, we wouldn't be able to use our cell phones, watch a lot of our favorite television shows, find out the weather forecast, navigate with Global Positioning System (GPS), or explore our solar system—just to name a few.

Here's how it works—at liftoff the rocket’s powerful main engine starts and produces thrust. Thrust accelerates the rocket, with its payload, away from the launch pad. A typical rocket produces more than a million pounds of thrust that allows it to carry more than 6,000 pounds at speeds topping 22,000 miles per hour. This is equivalent to the power generated by 13 Hoover Dams, carrying the weight of eight horses, and traveling at speeds 15 times faster than a speeding bullet!

After leaving Earth's atmosphere, the launch vehicle delivers its payload to the desired orbit or on its desired trajectory. Once properly placed, the payload can begin to do the work that makes all of our lives easier, more fun, and helps us to learn more about our planet, our solar system, and our universe.

Jettison - to discard, to cast off

Liftoff - the instant when a rocket begins flight

Satellite - object launch to orbit Earth or another planet

Thrust - the forward-directed force developed by a rocket engine

Trajectory - the path followed by an object moving through space 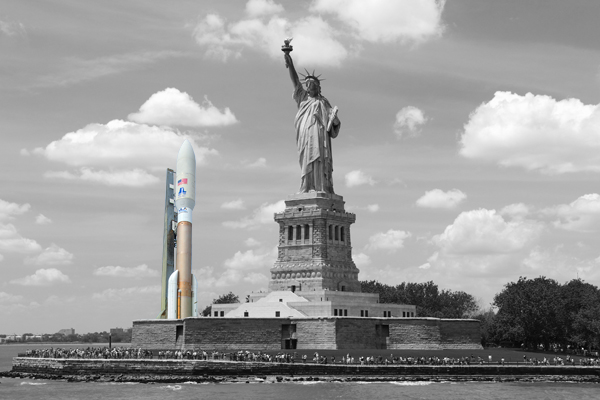 Atlas V comparison with the Statue of Liberty in New York City, NY. 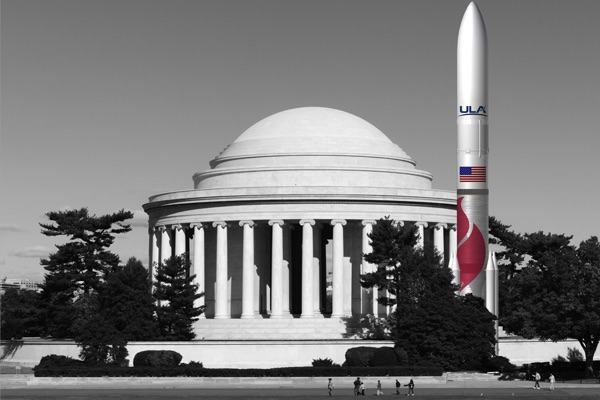 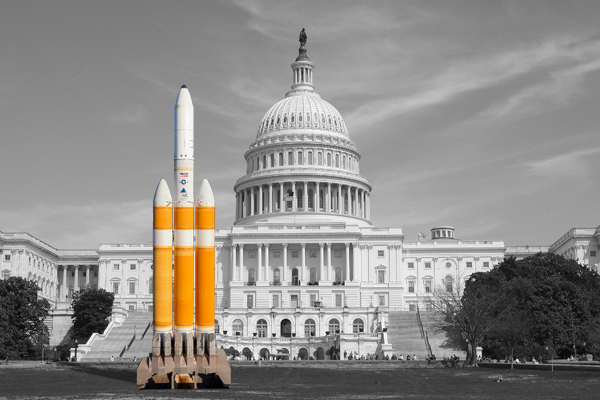 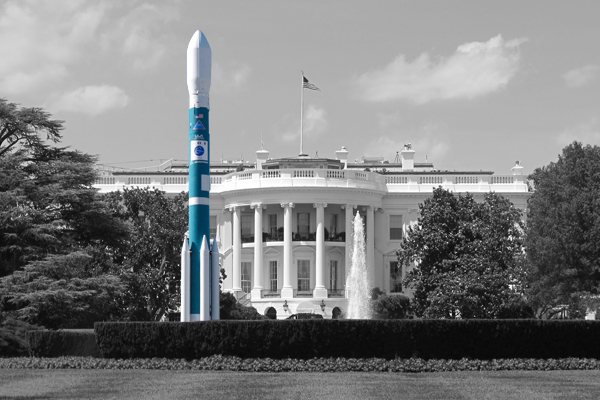 Delta II comparison with the White House in Washington, D.C. 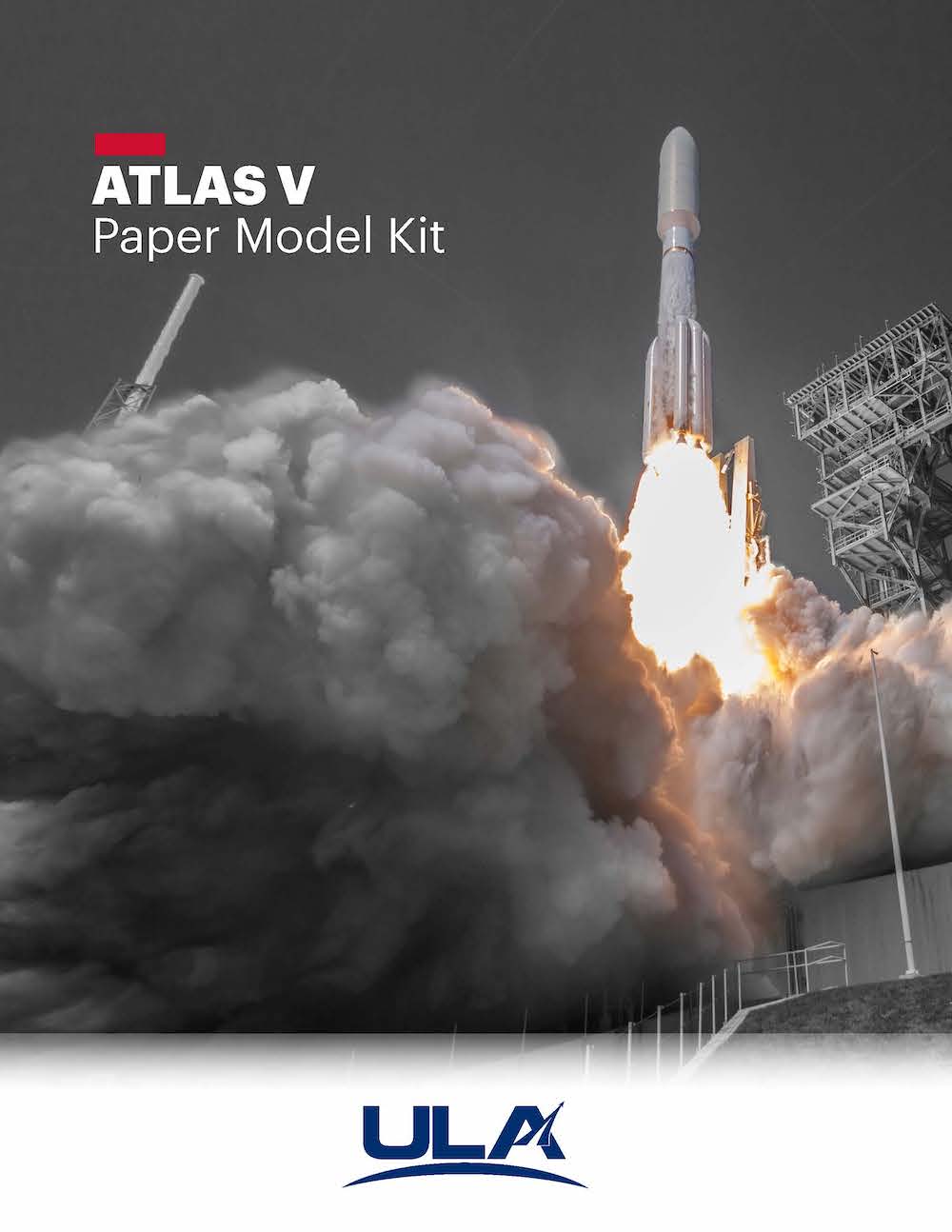 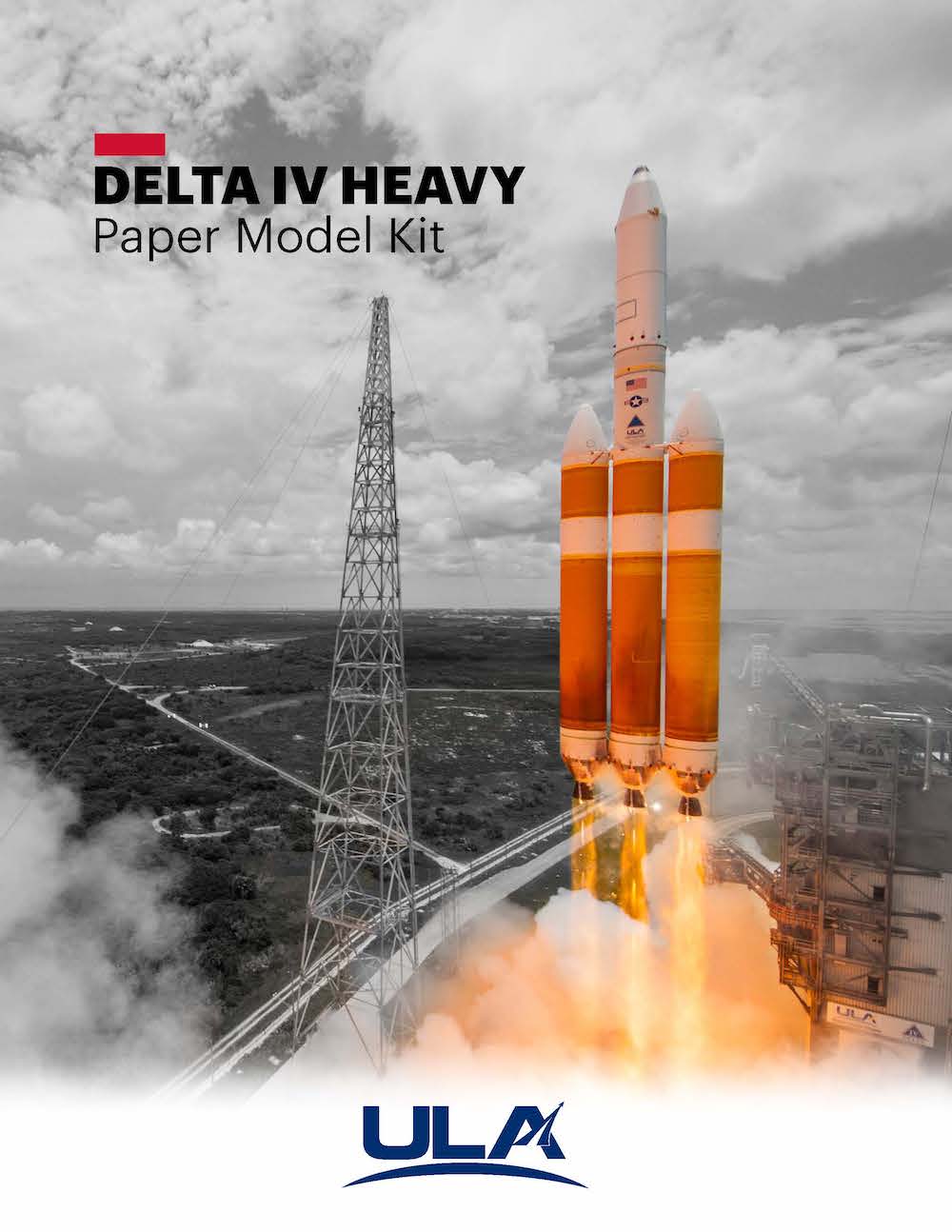 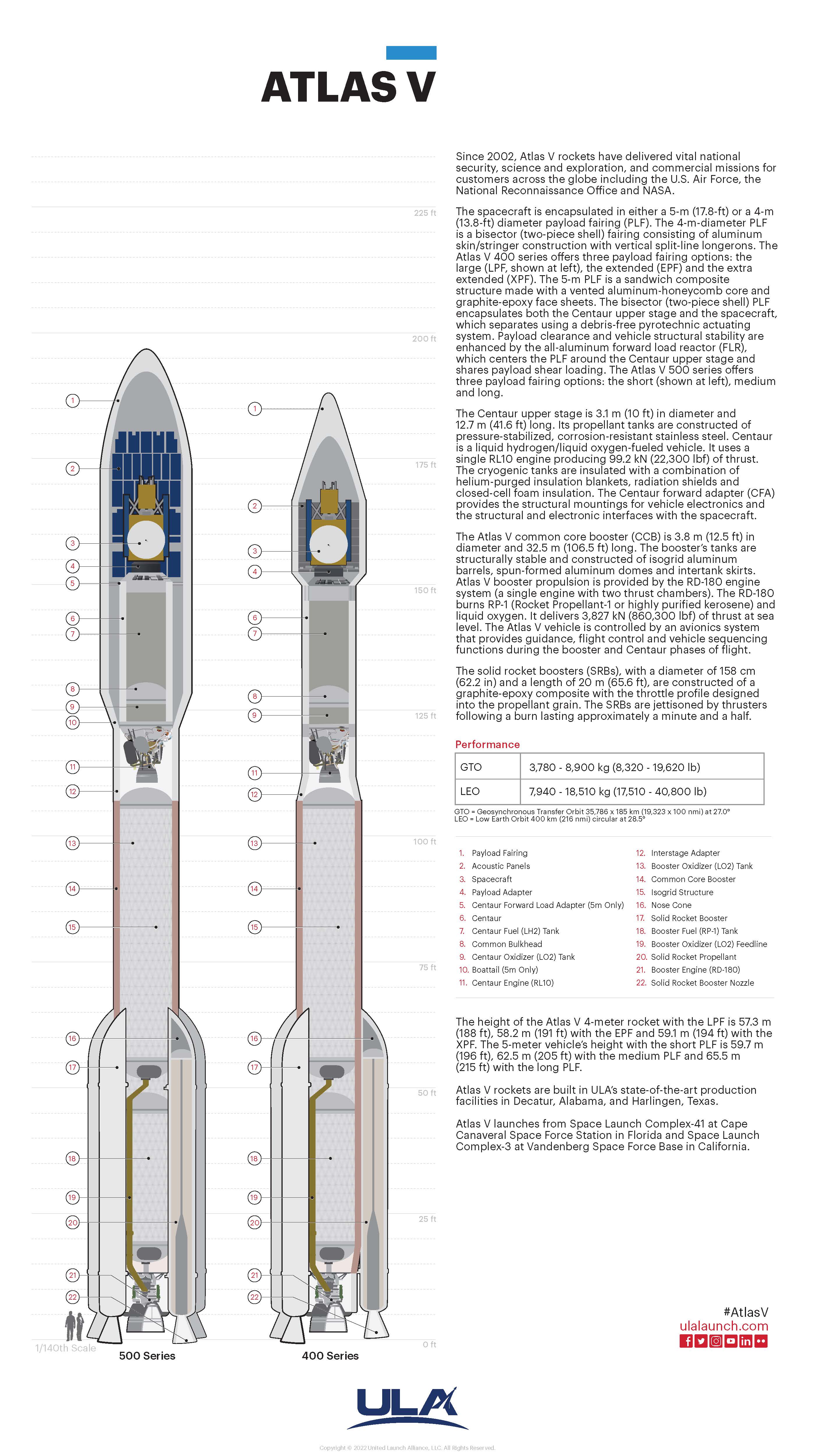 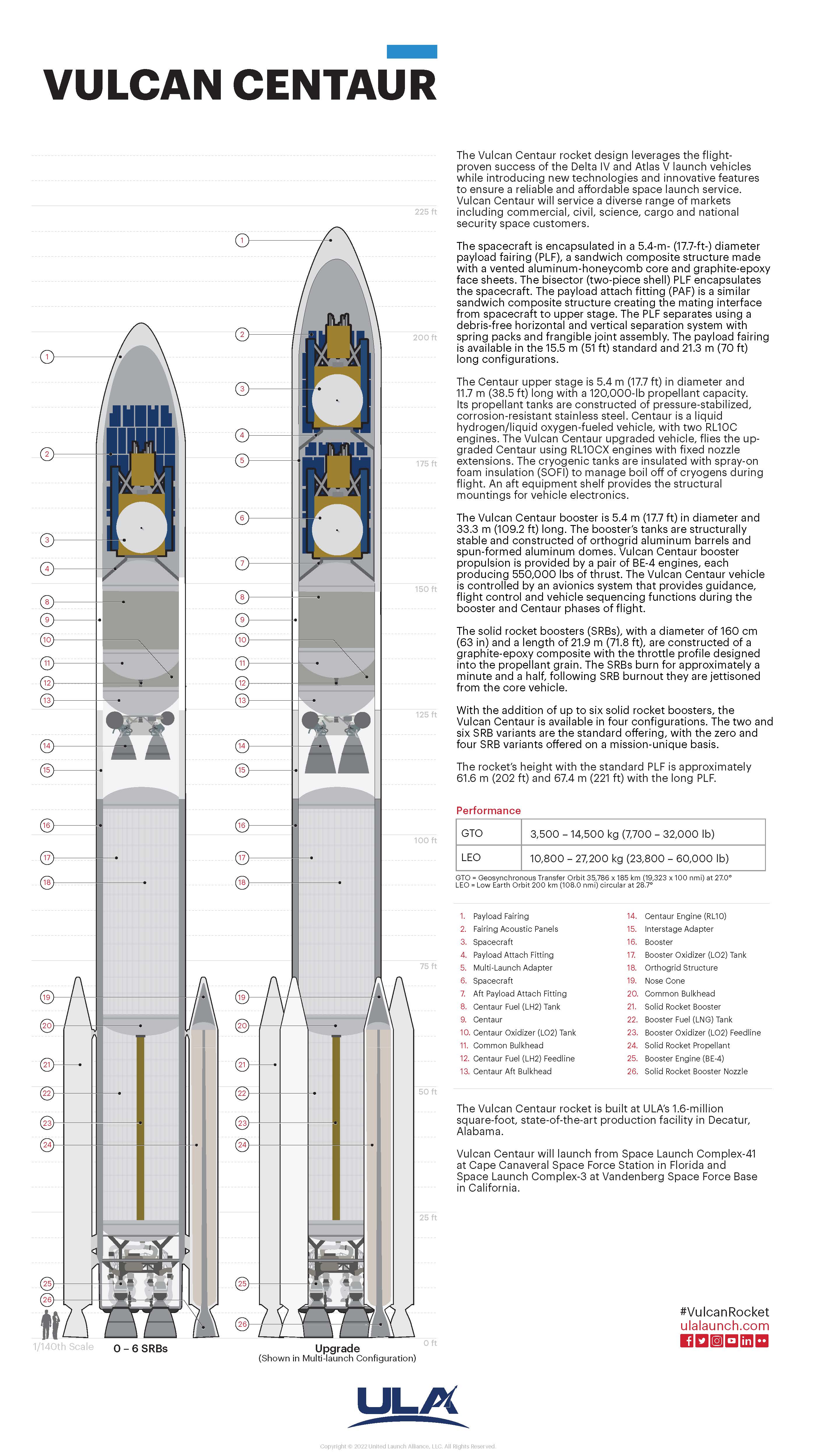 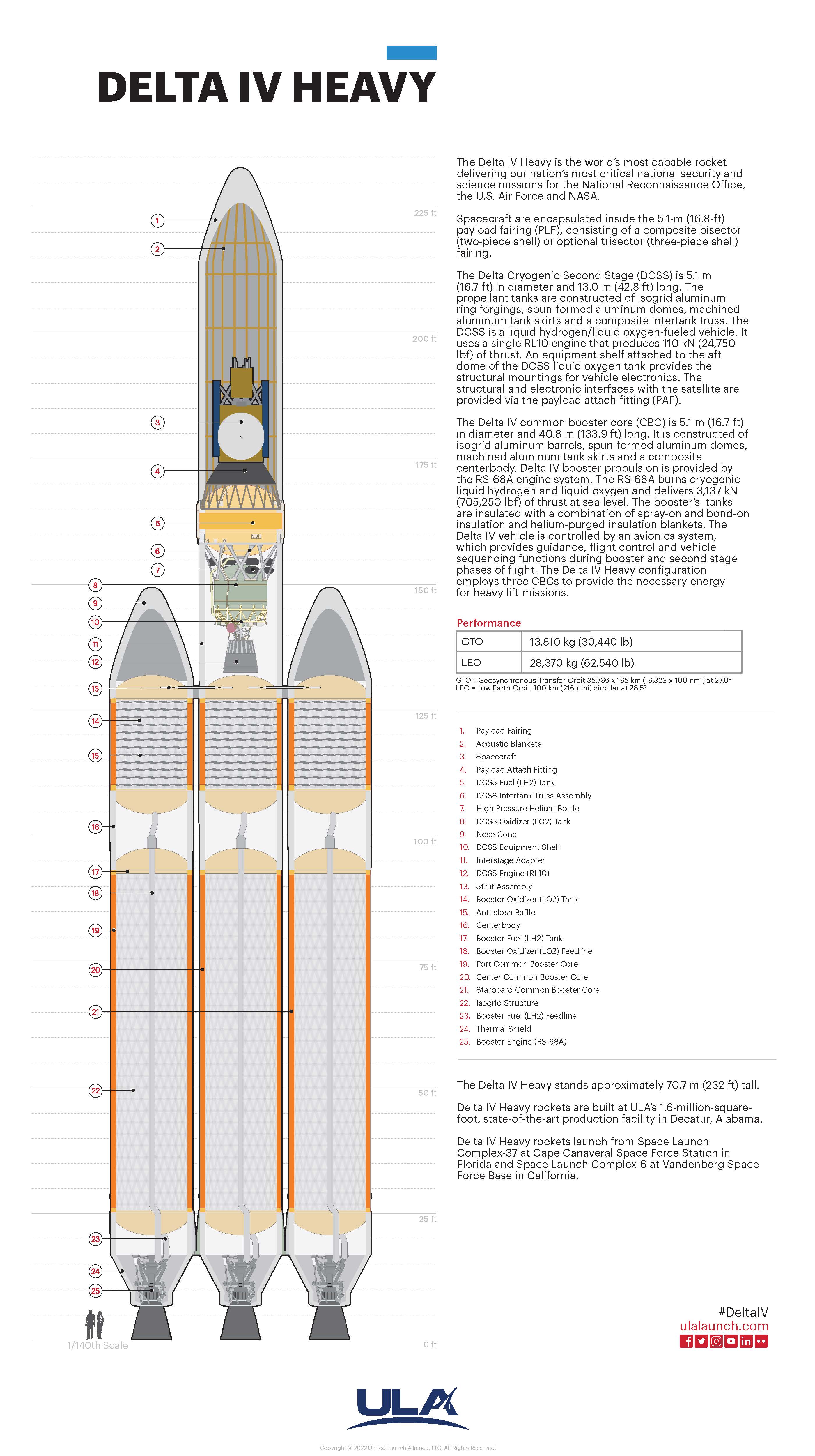 United Launch Alliance (ULA) is nearing completion of the development of the next-generation Vulcan Centaur launch vehicle and sets path for its first launch early next year.