The STP-3 mission debuts three engineering features designed to reduce risk and accumulate flight experience before use on the Vulcan Centaur, these include Out-of-Autoclave (OoA) payload fairings, an in-flight power system and GPS enhanced navigation.

The OoA payload fairing was developed with a new manufacturing method, an alternative process to cure carbon fiber composites, which allows for a more efficient production process, lower cost and lower system mass while maintaining the same level of reliability and quality.

The Atlas V is also equipped with a new In-Flight Power System (IFPS). This system supplies power to the satellites’ batteries during the rocket’s long duration ascent, a mission more than seven hours. The IFPS will ensure the spacecraft have fully charged batteries when deployed into geosynchronous orbit.

The spacecraft is encapsulated in a 17.7-ft (5-m) diameter short payload fairing. The 5-m PLF is a sandwich composite structure made with a vented aluminum-honeycomb core and graphite- epoxy face sheets. The bisector (two-piece shell) PLF encapsulates both the Centaur and the satellite. The vehicle’s height with the 5-m short PLF is approximately 196 ft (59.7 m).

The Centaur second stage is 10 ft (3 m) in diameter and 41.5 ft (12.6 m) in length. Its propellant tanks are pressure-stabilized and constructed of corrosion-resistant stainless steel. Centaur is a cryogenic vehicle, fueled with liquid hydrogen and liquid oxygen, powered by an RL10C-1 engine producing 22,900 lb (101.9 kilo-Newtons) of thrust. The cryogenic tanks are insulated with a combination of helium-purged blankets, radiation shields and spray-on foam insulation (SOFI). The Centaur forward adapter (CFA) provides structural mountings for the fault-tolerant avionics system and structural and electrical interfaces with the spacecraft. 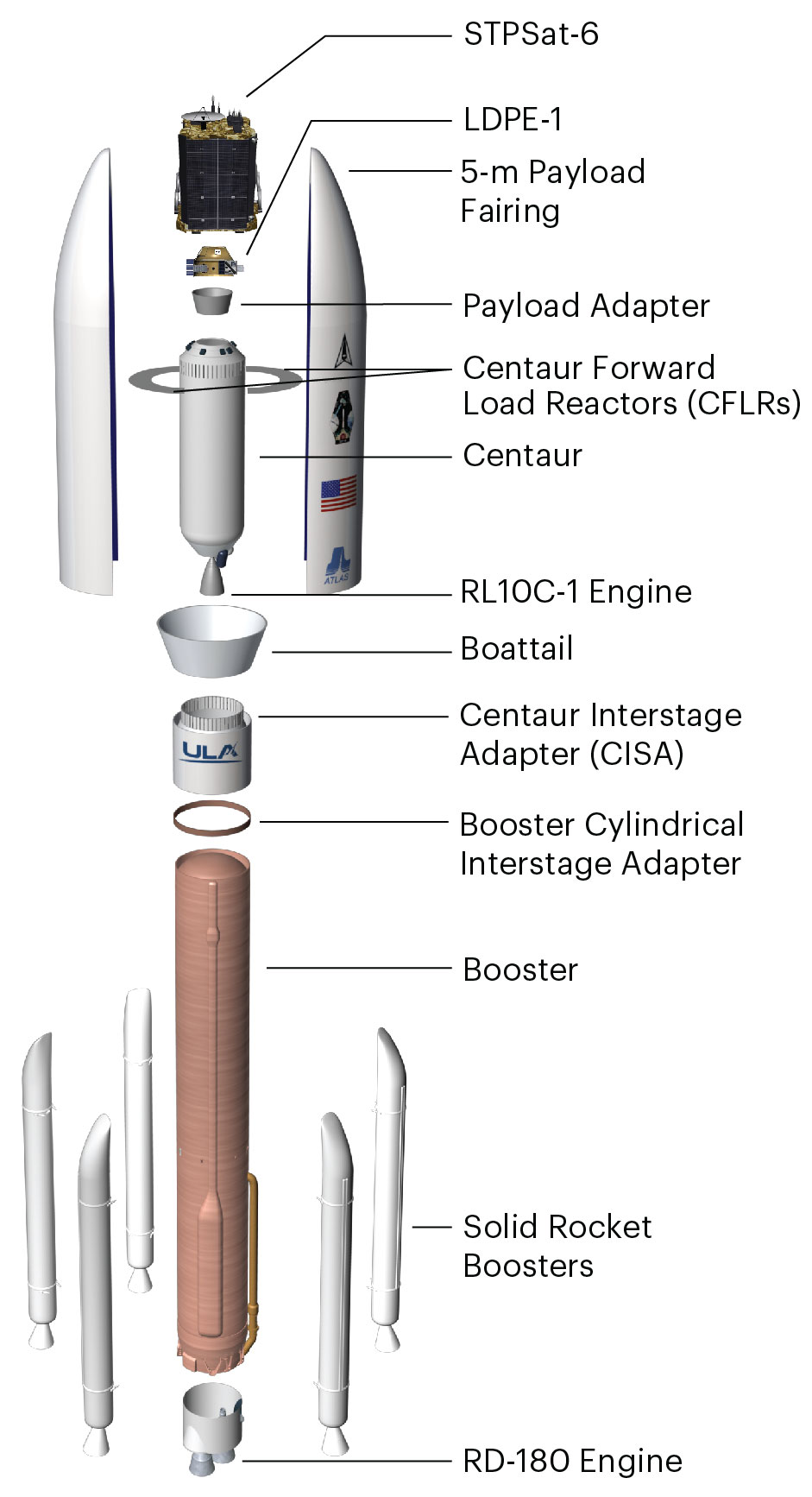 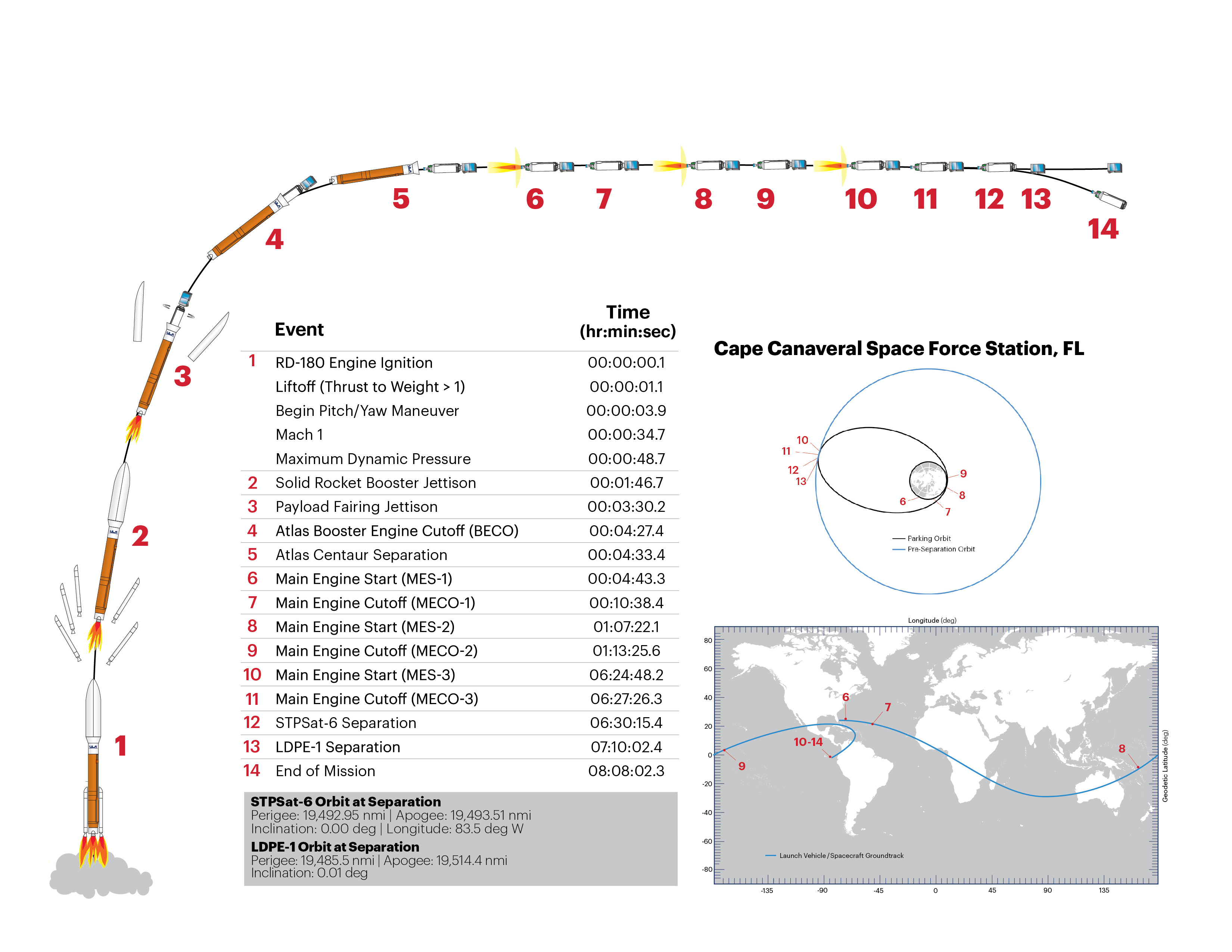 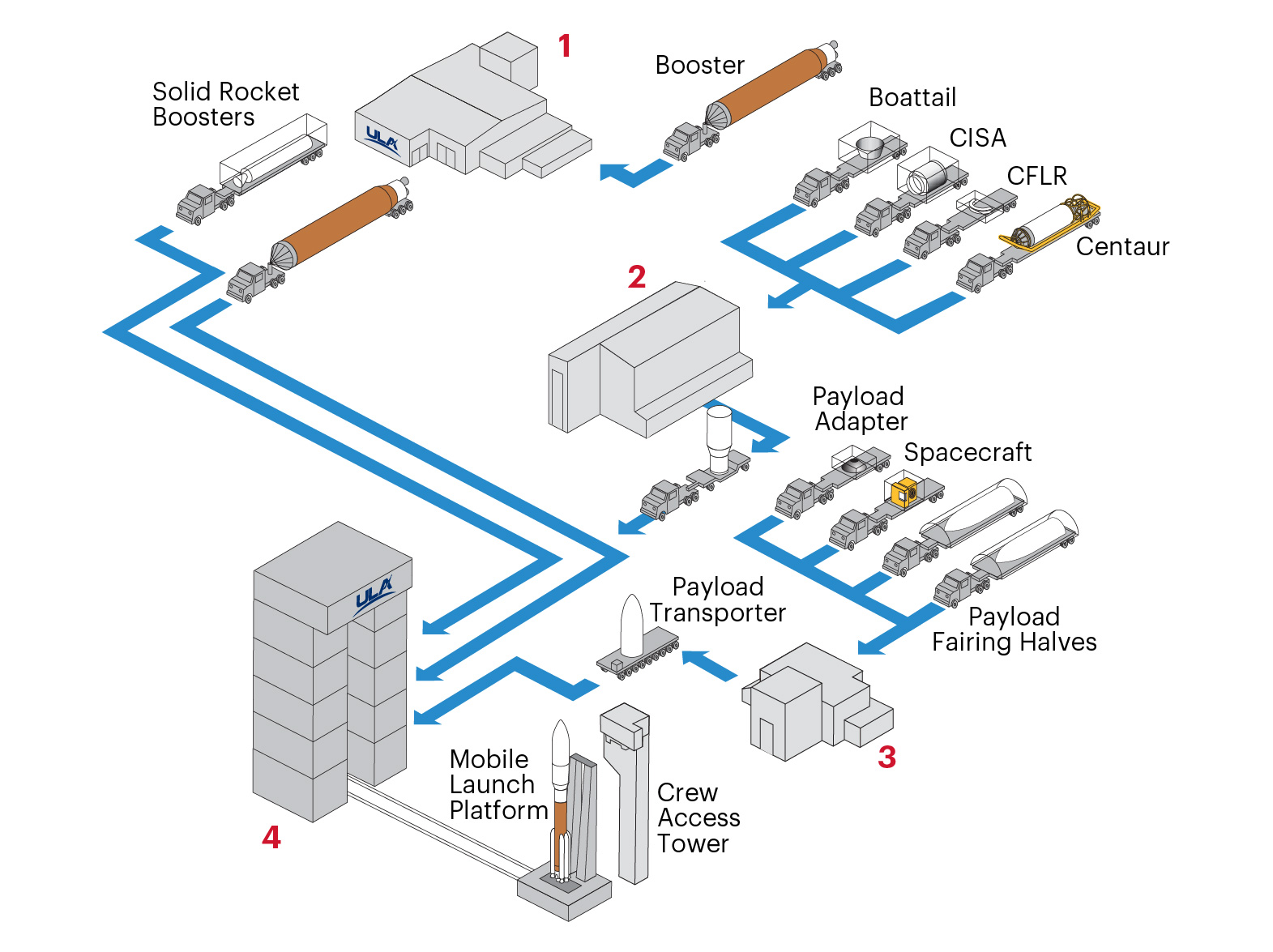 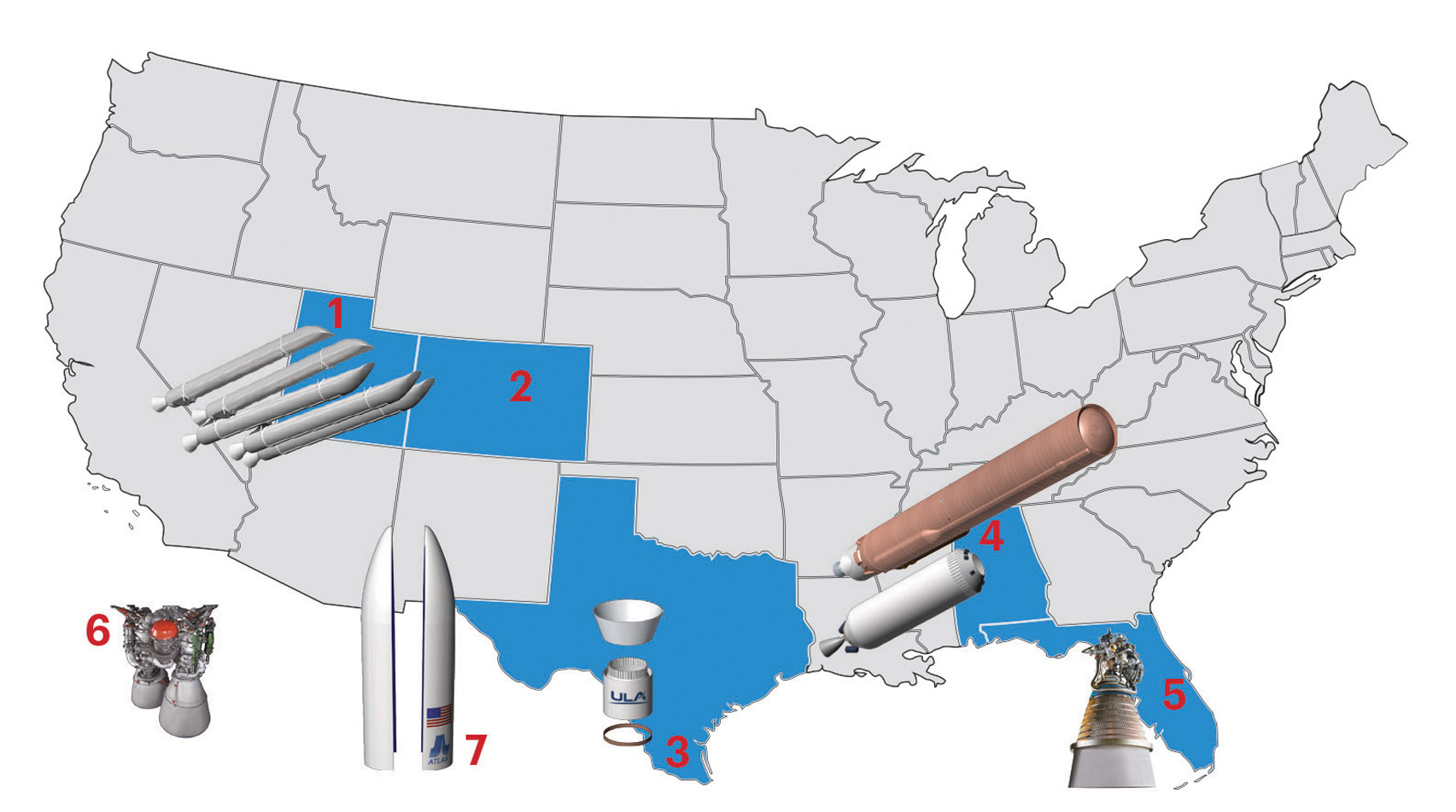 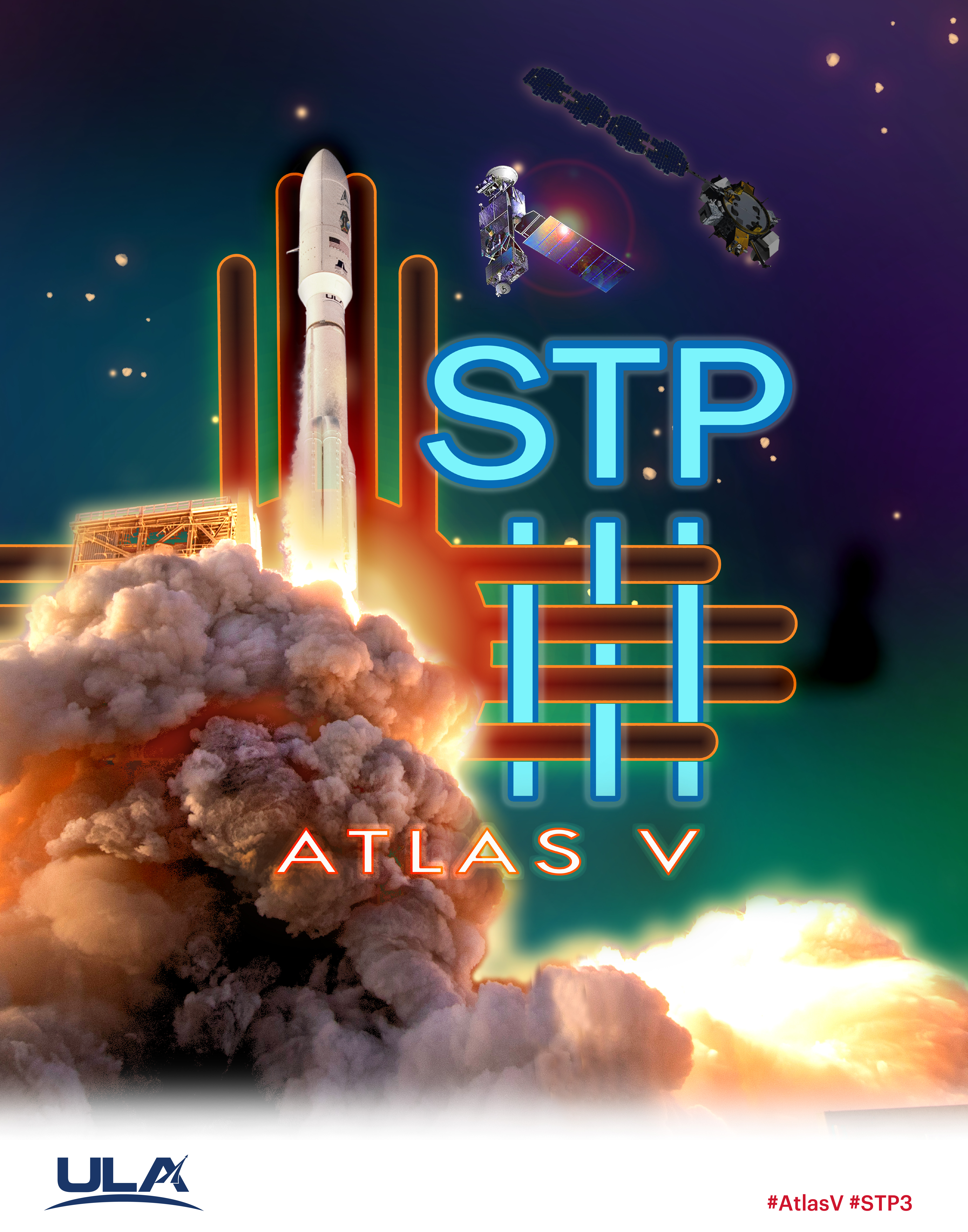